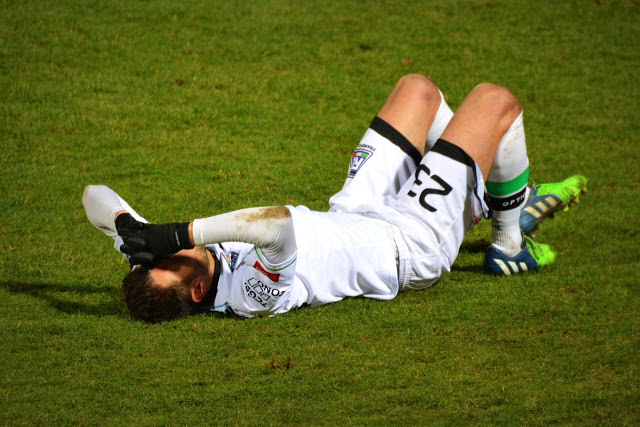 Learn the stages of overtraining to spot it early on. and prevent injury and even worse.

Overtraining is a commonly heard term in the athletic and exercise communities. The skeptics who believe there is no such thing as overtraining often scoff at it. However, the careful and calculated athlete who can’t afford a setback fears it. The problem with overtraining, however, is that it’s nebulous. Moreover, it’s completely dependent on each athlete and it doesn’t look the same. For an ultra-marathoner who runs 20-30 miles a week for maintenance, it will look completely different from the weekend warrior who averages only 5-10 miles of running a week.

Overtraining – What It’s Not

It’s important to understand what overtraining is, as well as what it is not. Simply put, overtraining is putting too much stress on the body without the necessary recovery time. Every athlete and coach know that in order to increase performance, you must push past your limits. However, without the necessary recovery time after pushing those limits, an athlete will begin to break down. Performance will start to suffer and overall health becomes a concern.

Overtraining may be the point of a body’s break down, but it is not just simply the feeling of tiredness, soreness, or pushing hard. On one end of the spectrum are skeptics and hardcore athletes who believe there is no such thing as overtraining – that it’s simply an excuse to be lazy. On the other end of the spectrum are those that fear it so much so that they never improve their performance because they never push their limits. However, it’s neither an excuse to be lazy nor is it unwarranted fear. It can be entirely prevented if you listen to your body and know the stages.

Catching overtraining is difficult to detect in the early stages. It can be as simple as slight localized pain or just feeling a bit run down. When the feeling of being run down extends past multiple days, it’s time to look at whether you’re overtraining. Furthermore, if you’re finding it hard to focus during practice or training, or maintain correct form, you should slow down and take it easy. Coaches are especially important at this stage as they can witness an athlete’s change in form, movement, and even attitude.

This stage is more apparent to the athlete, but can be confusing as it is sometimes confused with increased energy. Many times, restlessness and being in an over-excited state comes across as having high energy. However, when the body is over-stressed, the adrenal system kicks into high gear in over-compensation. This results in restlessness, insomnia and trouble sleeping, and not being able to relax.

Stage 3 – Complete Exhaustion And Break Down

Finally, overtraining becomes a real and present health problem when it hits this last stage. When you feel completely exhausted and are dreading practices, training, and even getting up in the morning, you’ve hit this stage. It’s time to stop and even seek outside help to recover correctly. Hitting this stage of complete exhaustion can lead to serious imbalances in the brain and muscles. Over time, if not addressed, it can lead to a serious and fatal health condition known as rhabdo.