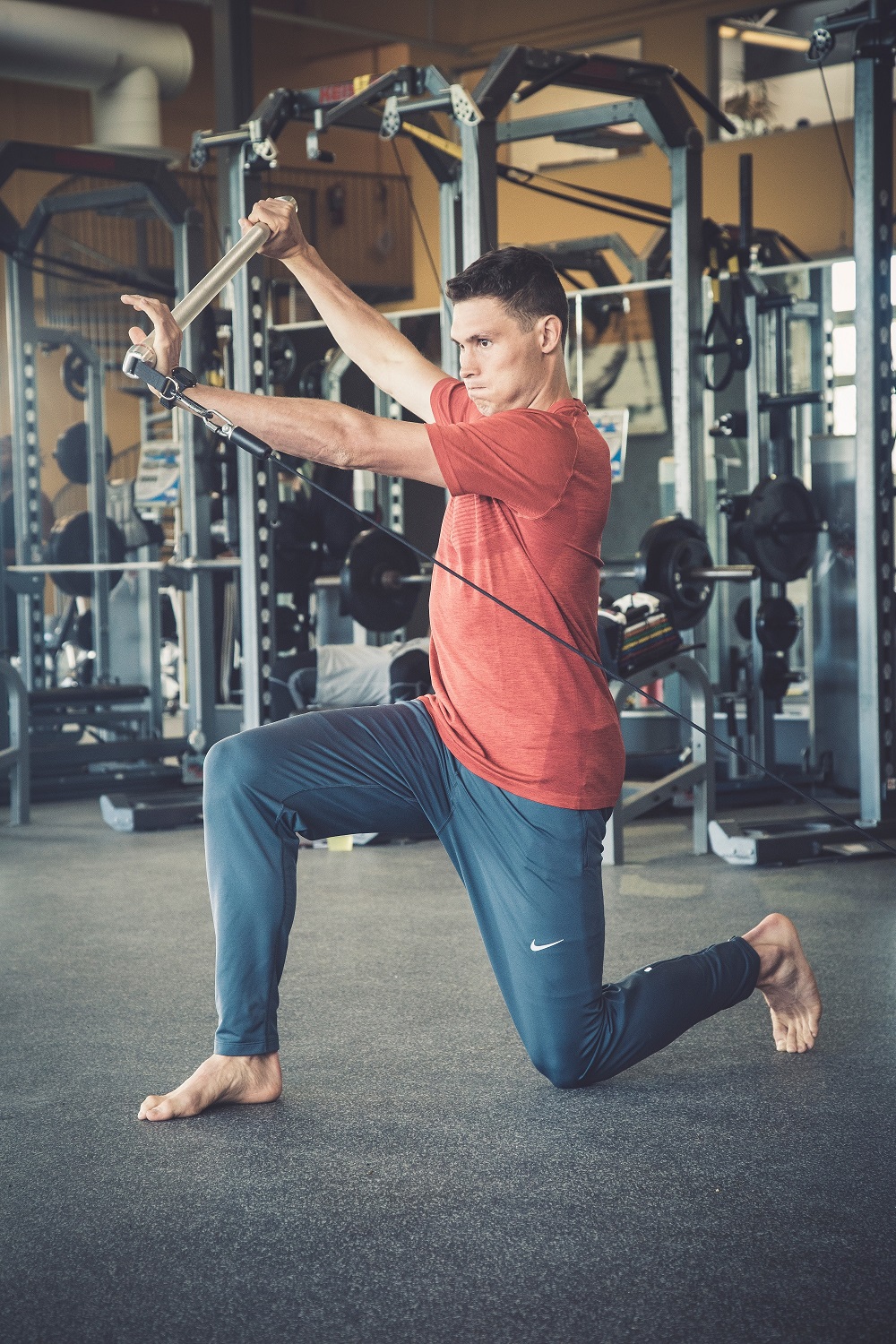 You’ve probably been told a thousand times to breathe while exercising. But why is it so important and could breathing right during exercise help you avoid an injury? Because of how breathing affects the body, especially during physical activity, holding your breath or breathing improperly could set you up for pain and even injury.

Raise your hand if you’ve ever been told to breathe during your workout. Chances are if you’re actively fit or an athlete, you’ve been told that more times than you can count. However, have you ever been told why it’s important to breathe during exercise? More importantly, it’s not just making sure you’re inhaling and exhaling, but that you’re doing it properly. Because of how breathing affects the body, especially during physical activity, holding your breath or breathing improperly could set you up for pain and even injury.

Many experts in the medical and exercise sciences believe there is a connection between breathing and pain in the upper body. Indeed, inefficient breathing and improper breathing can cause problems like chronic headaches, and pain in the hands, neck, and even back. It can also cause increased pain for already inflamed areas, such as injuries and chronic problems.

Furthermore, improper breathing can lead to quick fatigue, inefficient performance, and dizziness. Fatigue is one of the most common catalysts for pain and injury as you start to lose control over muscle movement. When you’re exercising, you’re already placing stress on your body, which is increased when you don’t breathe properly. Breathing improperly also produces excess stress hormones. Bad breathing puts more stress on your body than it can handle. Coupled with the stress of exercising, your muscles will tire quicker, leading to injury.

As you exhale, the muscles in your diaphragm relax, which means you have less core stability. This lack of core stability during the most stressful times of exercising creates an opportunity for injury. This is why it’s so important to be aware of the precise time to inhale and exhale during each movement.

Through controlled, intentional, and rhythmic breathing, you’re exercising precise control over the muscles in your body. We often forget that breathing – or not breathing – uses muscle through contraction and relaxation, similar to how exercises work on muscles. As you exercise control over certain muscles during physical activity, it’s easy to forget to do the same with your breathing. Without it, however, you could be leaving your core unstable during the height of activity, which invites injury.

You should always breathe out at the height of stress during an exercise movement. For example, this means exhaling as you lift a weight and inhaling as you’re lowering the weight.

It’s not just a matter of inhaling and exhaling, however. It’s breathing the right way that can make you safely perform more efficiently. Proper breathing takes time to learn, just like any other physical activity. It means working your diaphragm and core muscles – two things that most people forget about when they’re working out and relaxing. However, allowing your lungs to expand to their greatest volume during proper breathing gives you the ability to perform better. Your muscles need oxygen to work correctly and efficiently, so the more oxygen you can deliver through your circulatory system, the better your muscles can work.

The effects of proper breathing include:

What Is the Proper Way To Breathe?

Belly breathing is the best way to ensure you’re getting the proper air flow to your body. Most people breathe through their chest, but this can quickly cause fatigue as these muscles are quite a bit smaller than your core muscles. Relying on your belly for breathing, that is, using your diaphragm, will help keep your core muscles stable and ensure enough oxygen is delivered to your muscles when they need it most.

However, breathing properly is just like any other exercise: it requires practice, training, and constant awareness. Start learning the technique through remaining still – lying down, sitting down, and standing. Once you’ve mastered belly breathing while remaining still, proceed to use the technique while exercising. It’s important to remember, however, that if you’re having difficulty breathing with proper technique, you should decrease your workout intensity until it becomes more natural. Here are some tips for getting started:

Many people find that as it becomes more natural to breathe properly during exercise, their performance increases. They also find that stress and pain are diminished and their energy levels remain higher. As you keep stress levels low and you fatigue less quickly, you also lower your risk of injury. A low risk of injury means that you can keep training at optimal levels and even improve your performance without the fear of injuring yourself.