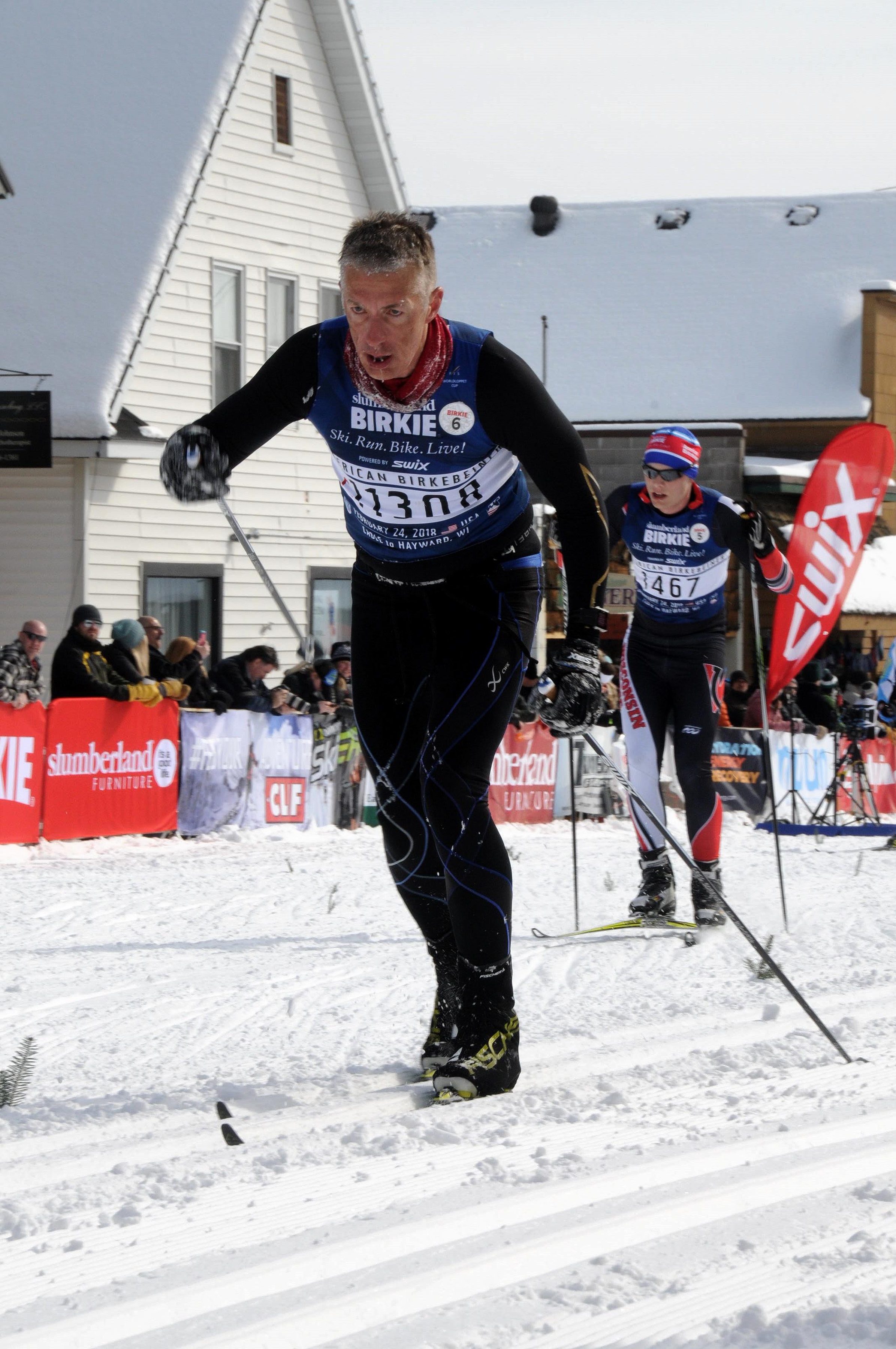 The American Birkebeiner (Birkie) is perhaps the largest and longest cross-country ski races in America and North America. From Cable to Hayward, WI, skiers race either 31 miles for the freestyle race or 34 miles for the classic race. It’s grueling. Yet it draws more than 10,000 athletes from around the world each year to race for the top spots. Elite athletes, such as Olympians and national team members, compete as well as recreational skiers and those that want to test their limits. Having to ski up to 34 miles requires you to be at the top of your game, which means you don’t have the luxury of a ski injury, much less skiing with pain from a previous injury on race day.

However, Greg Sorenson didn’t let his shoulder injury keep him from competing with some of the world’s top elite skiers. Not only did he make a full recovery before racing in the Birkie, but he continued with his training throughout the rehabilitation so that he came back stronger than ever to make it to a 5th place finish in his age group out of 226 skiers, placing ahead of many Europeans.

How did he do it? By focusing on strengthening his shoulder and skiing with proper technique.

Shoulder Injuries Are A Common Type Of Ski Injury

Skiing can cause a wide range of injuries, from acute to overuse and from the neck, shoulder, and arm injuries to the knee and even foot. The most common ski injuries are to the shoulders, arms, and knees, such as dislocations, sprains, strains, and tears. Most commonly, these injuries are caused by falling. Many times, however, falling doesn’t necessarily cause an injury painful enough to head to the ER. Instead, such as a sprain or strain, these injuries result in minor pain that a skier ignores – until it starts becoming a nuisance.

Shoulder pain from a ski injury is most commonly caused by rotator cuff strains and other overuse injuries. The rotator cuff protects and supports the shoulder joint. If this support becomes weakened due to pain and injury, it can seriously interfere with technique. It can cause the skier to favor one side over the other.

This was the case with Sorenson. Sorenson had two previous falls on his right shoulder. However, because it didn’t cause him enough pain, he never felt it necessary to seek out help. That all changed during one training session when his injury was agitated enough to get him thinking.

“I was double pulling for probably three hours, which isn’t the best technique,” said Sorenson. “I was using too much of my shoulder and all that excessive double pull accentuated my core injury I think.”

The pain never got so bad it interfered with his daily life. However, he started to realize he was favoring it too much. He knew that if he wanted to have a good ski season, he’d need to start therapy.

“The pain was never really that bad. I knew going into the next ski season though that I’d want to strengthen it proactively and not reactively,” he said. “So I started preventative therapy. I wanted to get the shoulder strong so I wouldn’t suffer the same thing by the end of the ski season.”

For Sorenson, strengthening was the key to stopping the pain and preventing any further injury to his shoulder. It’s the same across the board for many any other physical therapy patients and athletes. In fact, this is one of the greatest benefits of physical and exercise therapy. It’s a way to not only prevent injury but manage pain.

Strengthening is one of the best ways to prevent an injury and to ensure the biomechanics of the body is able to support an athlete to the best of their ability, said OSR physical therapist Kyle McCuskey in an earlier interview about the benefits of physical therapy. In fact, muscle imbalance and weakness are two of the leading causes of sports injuries, which can be prevented with specific and targeted exercises. This is the specific therapy that Sorenson went through at OSR Physical Therapy.

“We did combination exercises with resistance bands and sometimes weights, along with planks,” said Sorenson. “I’m never afraid my shoulder injury is going to come back because now that I maintain strength and continue my exercises at home, I have this shoulder set.”

The results that Sorenson saw after focusing on strengthening his shoulder were astounding to him.

“I could see results from physical therapy and the targeted strengthening,” he commented. “Even during skiing, roller skiing, and training I would fall with my shoulders taking the brunt of the force and it never set me back. I could see the progress and finish my workouts and training. It was proof that it was working.”