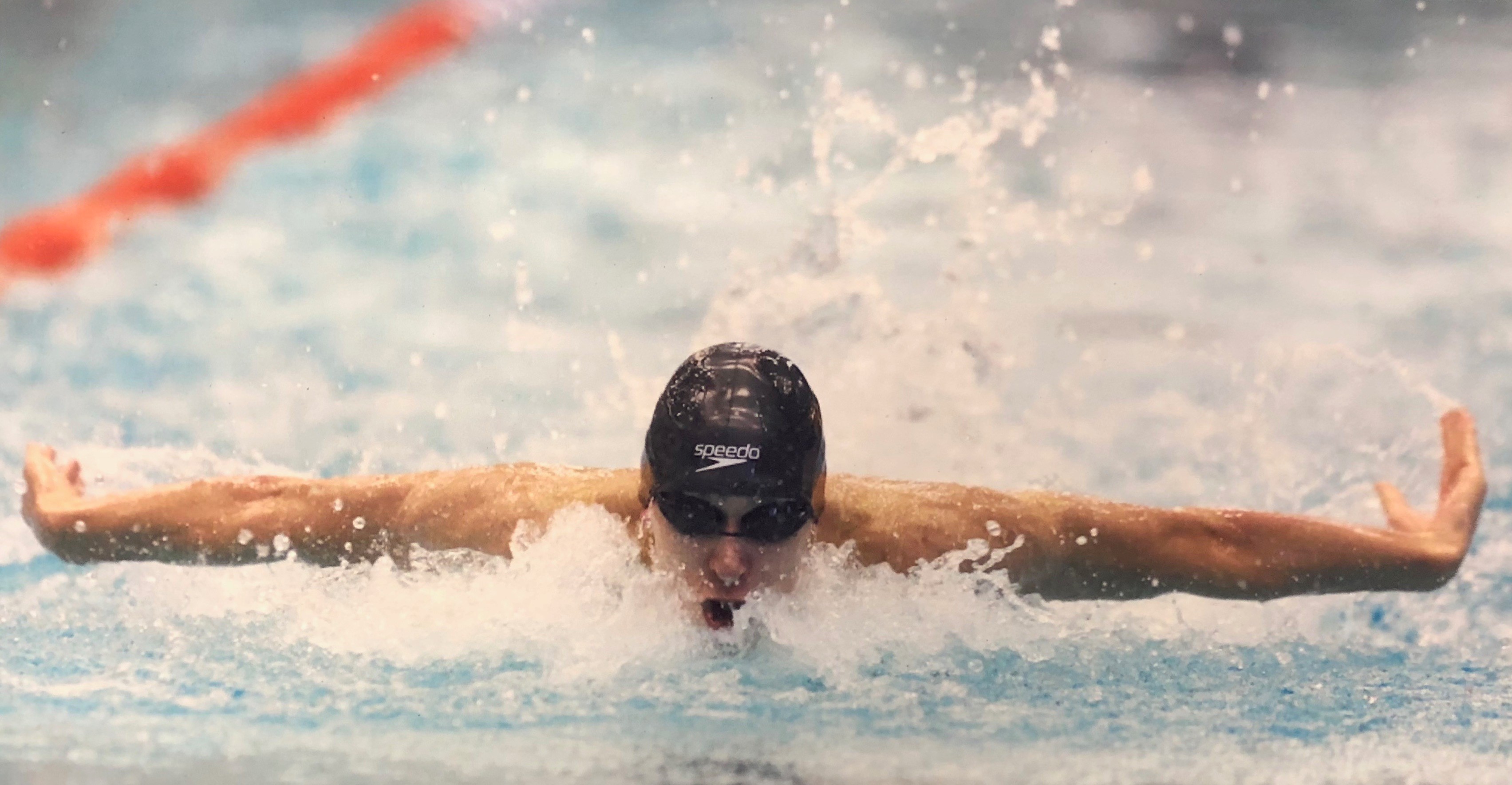 Long-time swimmer Jack Dahlgren (pictured above) knows a thing or two about how much a hip injury can affect swimming.

When you think of swimming, you don’t typically think of the role hips play. Granted, pain in the lower extremity, such as a hip injury, caused by swimming is quite uncommon in the sport. However, the hips and legs play a crucial role in swimming biomechanics and pain can make it difficult to swim correctly. Ironically, while swimming is recommended for people who have chronic pain or for people who can’t bear weight, it can present its own set of problems.

Many swimmers suffer from pain and injuries in the shoulder and upper arm area. Research shows that between 30-40% of swimmers suffer from shoulder and arm pain or injury. Surprisingly, researchers also found that back and neck injuries were also significant among swimming injuries. Although hip injury or pain is uncommon for swimmers, if the hip is already pain it can make swimming more difficult and painful.

Jack Dahlgren has been swimming for nearly 11 years and had fortunately never been injured due to his sport. Except for two minor injuries caused by non-swimming circumstances, he’s been able to keep up with his sport relatively pain-free – until three years ago.

Dahlgren doesn’t know exactly how or when he injured his hip. However, he guesses it was due to playing on the ice.

“During the winter, I like to play boot hockey and skate. I think that’s when I started experiencing hip pain,” Dahlgren explains. “But I never did anything about it because it wasn’t that horrible – until last summer. The pain just got so bad during training I couldn’t really do flip turns or kick. I was resorting to pulling, which is where you put a pull buoy between your legs so you can’t kick.”

In order to continue, Dahlgren says, he had to constantly modify workouts and training whenever his hip became too painful or inflamed. After a while, however, he realized he wouldn’t be able to continue training modification for his hip. So he sought out physical therapy, OSR in particular, to diagnose and solve his hip problems.

Because he had hip problems for so long before seeking out help, it was difficult to diagnose the problem. However, his physical therapists worked together to determine the cause: lack of flexibility and muscle weakness.

“To diagnose me, I had to do certain movements and motions to see what caused pain and what didn’t in the hip,” explains Dahlgren.

Working as a team with his physical therapists Brandon and Sarah, Jack worked twice a week for four months on flexibility and muscle strengthening. They particularly focused on strengthening the glutes.

“Learning the tools of how to properly stretch my hip and work the muscles around it to strengthen it really set me up well for the swimming season,” says the long-time swimmer.

However, it wasn’t just about strengthening and stretching the hips, he says. He was also doing core exercises to help with stabilization – an important aspect of mobility and proper movement.

“I was also doing my warm-up for each session on the elliptical. We would start with heating my hip, which really helped I think in getting the blood going,” recalls Dahlgren. “We’d then do the exercises, like glute exercises and other leg strengthening exercises. We’d, of course, do stretching and then some icing.”

Even though he has been out of therapy for a couple of months and has been pain-free, Dahlgren is always worried that his hip pain may come back. However, in order to prevent future hip injuries, he continues his therapy exercises at home.

“I do many of the daily stretches [Brandon and Sarah] recommended to do at home to keep the pain from coming back,” says Dahlgren. “I also do the recommended exercises once or twice a week.”

“It’s more than little annoying if I’m swimming and all of sudden my pain comes back. So I’m staying vigilant,” he says.

The vigilance and due diligence for strengthening and stretching his hip are definitely paying off. Soon after completing his therapy, Jack Dahlgren was able to return to swimming full-time and remain competitive.

Still worried about hip pain? Not right now, he says, but it could always come back, which is why he’ll always continue the prevention exercises at home.