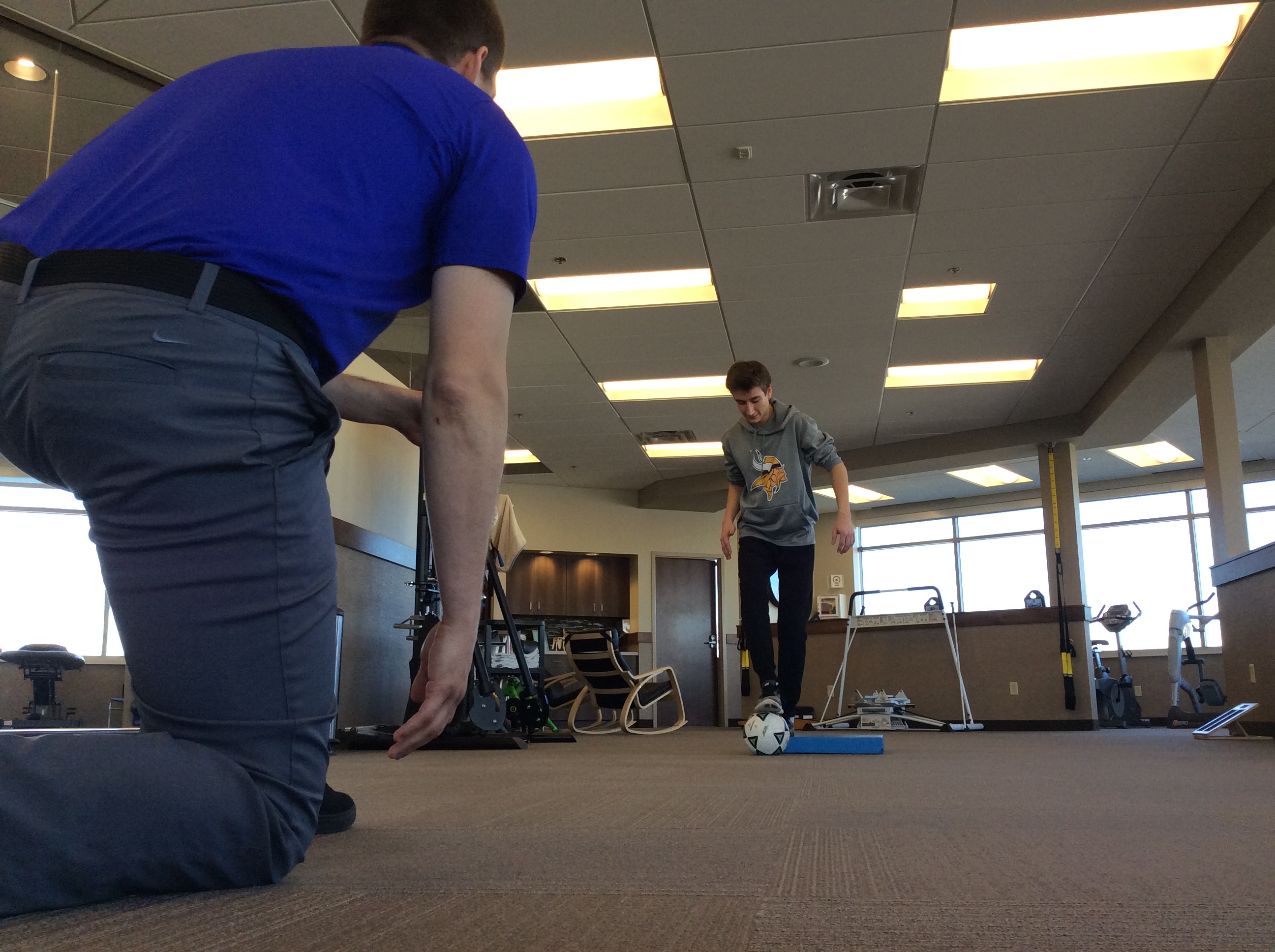 Osteochondritis dissecans (OCD) can be an extremely painful and debilitating condition that develops in the joints. The most common place for an OCD lesion to occur is in the knee, especially in growing children and young adults. It makes it difficult to tighten and stretch the quad, which can make walking, running, and jumping difficult and even painful. In many cases, an OCD lesion results in knee surgery, especially if the lesion detaches from the surrounding bone and cartilage. This is what happened to Carter Nelson, a patient at OSR Physical Therapy who recently recovered from his OCD knee surgery.

Not only did the cartilage around Nelson’s right knee begin to erode because of the condition, but a piece eventually popped off, which required him to have surgery. He lived with the condition for many years before surgery, which caused him trouble during sports and other physical activities.

What Is Osteochondritis Dissecans (OCD)?

An OCD lesion is a condition that most often appears in children and adolescents, developing in the knee, ankle, or elbow joints. According to OrthoInfo.org,

OCD occurs when a small segment of bone begins to separate from its surrounding region due to a lack of blood supply. As a result, the small piece of bone and the cartilage covering it begin to crack and loosen.

Sometimes, the condition goes away on its own. However, if a piece pops becomes detached, it does require surgery. Often, OCD can return later on in adult life, requiring surgery again.

Doctors don’t know what causes OCD, but it’s usually spotted when the join begins to swell and becomes too painful. This is often the case with athletes, which Carter Nelson found out when it became too painful to even stand on.

“There’s a lack of blood flow to a certain part of my knee and overuse over time cause the problem to get worse,” Nelson said. “After a while, cartilage started to erode from my knee. It got so bad that I had to use crutches until after surgery.”

Sometimes OCD can present itself as simple tightness, which gets worse with physical activity over time. If it’s diagnosed early enough, resting and avoiding intense physical activity can relieve the pain and swelling, helping the condition resolve. However, sometimes it either isn’t diagnosed in time or the symptoms don’t become as noticeable until it’s too late.

“I think I’ve had it since sixth or seventh grade when I started noticing some tightness in my knee and quad after I’d do an activity,” Nelson recounted. “After a while, it just got tighter and it became harder to stretch my quad until it finally just popped off. We didn’t know what it was until it became bad.”

For many people, OCD presents itself early with swelling and pain. However, as in the case of Nelson, it was simple joint restriction and tightness. It was harder to move more than painful until it was too late, said Nelson.

Other symptoms of OCD include tenderness to the joint; a feeling of popping, stiffness, or locking; or worsening pain during or after an activity.

OCD may result in knee surgery that requires a long recovery. For Nelson, this recovery was about three months before he felt like he was at 100% again while playing sports and training. A physical therapy program that targeted the issue was what helped him recover fully. Like in many cases, physical therapy is the best option for recovery, regardless of knee surgery. Depending on the condition and goals, a physical therapist will work on range of motion exercises, muscle strengthening, balancing exercises, and exercises related to your sport.

“I did a lot of small jumping and squatting exercises. But first the goal was just to get my quad to activate,” said Nelson. “When I could finally lift and use my quad muscle, I was able to do some jogging and speed ladder drills. We also did some passing with the soccer ball and a lot of balancing exercises.”

Because OCD affects the joint’s range of motion, these types of exercises are some of the most important. The goal is to get the joint, or knee in Nelson’s case, to work efficiently. This often includes focusing on form and alignment, as well as muscle strengthening.

Nelson said his leg still feels a little weak. However, he’s confident he’ll be back to being 100% soon if he continues the exercises from physical therapy.

Focusing on range of motion, alignment, and strengthening are very important to keep the knees healthy. This is especially true when it comes to OCD. Furthermore, to get back to sports and play without further injury means carrying on strength, balance, and proper form.