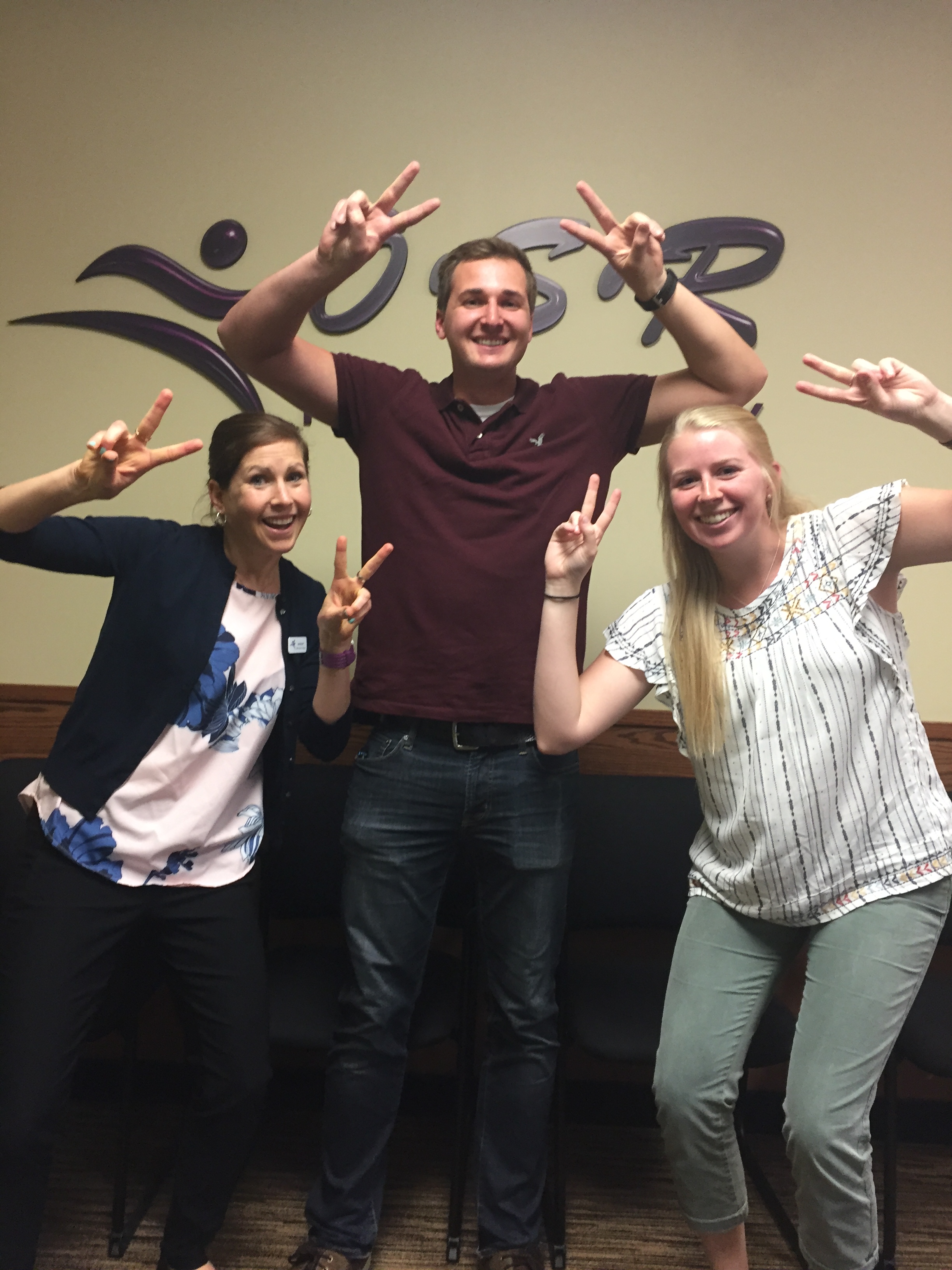 For five years, OSR Physical Therapy patient JR Ocenasek spent day after day fixing his shoulder whenever it would pop out. Due to a labral tear caused by playing baseball, his shoulder was unstable and constantly slipped. At first, his shoulder would pop out infrequently and he’d just pop it back into place. However, it started to become so common that he realized there were long-term health ramifications.

“I want to be able to live an active lifestyle,” says the 23-year-old Ocenasek. “I just want to be sure that I’m always healthy enough to be able to fully embrace life’s opportunities without having to worry about hurting myself and then dealing with the ramifications.”

Ocenasek spent five years with an unstable shoulder and arm before finally getting surgery to repair his torn labral. It happened during a baseball game, says Ocenasek, who lives a very active lifestyle with involvement in sports and family activities. During a baseball game in high school, he dove into second base, which caused the tear in his shoulder. At first, it was painful each time he moved his arm. However, with each passing day and with resting it, the pain got less but the popping in and out of the shoulder did not.

“After it initially popped out from me diving into second base, it just slowly kept on giving me more and more trouble,” recounts Ocenasek. “At first it would only pop out on occasion, but then it got to the point when my shoulder would pop out just from getting stuff out of the dryer.”

Finally, he realized he had put off surgery long enough. Ocenasek says knew he needed surgery for it before even getting a proper diagnosis because the same thing happened to his other shoulder during football.

“I knew what needed to get done, but I just never had the time or the real motivation to go get the surgery done until after I graduated college,” says the recently graduated Iowa State University alumnus.

His biggest motivation? Family and the realization that in order to have long-term health he’d need to take care of himself now.

“I decided that this constant popping out was just not a great way to live life. It was time I fixed my arm,” he says, referring to his constant state of paranoia.

“Honestly, it was really the saddest thing ever,” he joked. “The issue with it was that it would randomly pop out, so I always lived in this state of constant paranoia that it would happen at any time. For example, it popped out when I was grabbing a textbook one night while I was studying. Or I was playing basketball with my friends and I made a shot and it would pop. So, I realized this was absolutely ridiculous.”

Family & The Future Are Big Motivators

Ocenasek had a unique motivation for fixing his arm. While most athletes and people his age fix an injury to continue with competitive sports or to take away the pain, it was family and his future that motivated him.

“I have a high pain tolerance, so that really wasn’t a factor,” he says. “Plus, I just learned to pop it back in myself from researching it on the Internet.”

However, it was being unable to throw the ball with his younger brothers that caused him to finally get it checked out and set for surgery. The day he could no longer really participate in family activities – like whiffle ball, he shared – he knew he had to get his shoulder fixed. It caused him to think about the type of future he wanted if he was constantly having to adjust his life for his shoulder.

“I just remember thinking back on all the baseball coaches I had growing up. They couldn’t really throw because of arm and shoulder problems,” shares Ocenasek. “I knew I wanted to get married and have kids one day. I want to be able to throw the ball with my kids. I just don’t want to be one of the dads who can’t play his kids because he’s ‘no longer in his prime.’ I want to live an active lifestyle way past my prime.”

After his surgery, he headed straight to physical therapy to recover and rehabilitate his injury, a torn labral. Labral tears occur from a direct injury to the shoulder, like diving into second base with an outstretched hand. Although a tear can heal without surgery, if it’s not rehabilitated properly with the right strengthening exercises, it can cause problems for years. Problems such as instability, slips, and dislocation, as in the case of Ocenasek, will continue until fixed. Most often, the result is surgery if the injury is not taken care of right away.

To Ocenasek, long-term health and an active future meant getting surgery for his torn labral. Then, he needed to head to physical therapy for recovery.

At physical therapy, he worked on stretching and strengthening his shoulder. Each exercise was gearing toward strengthening the right muscles as well as increasing range of motion. He knows his shoulder won’t pop out again, but he’s also learned to fix problems right away.

“I should’ve fixed it right away, but didn’t,” said Ocenasek. “I push myself but I know I shouldn’t push myself to the point of injury. It’s knowing that balance that counts.”