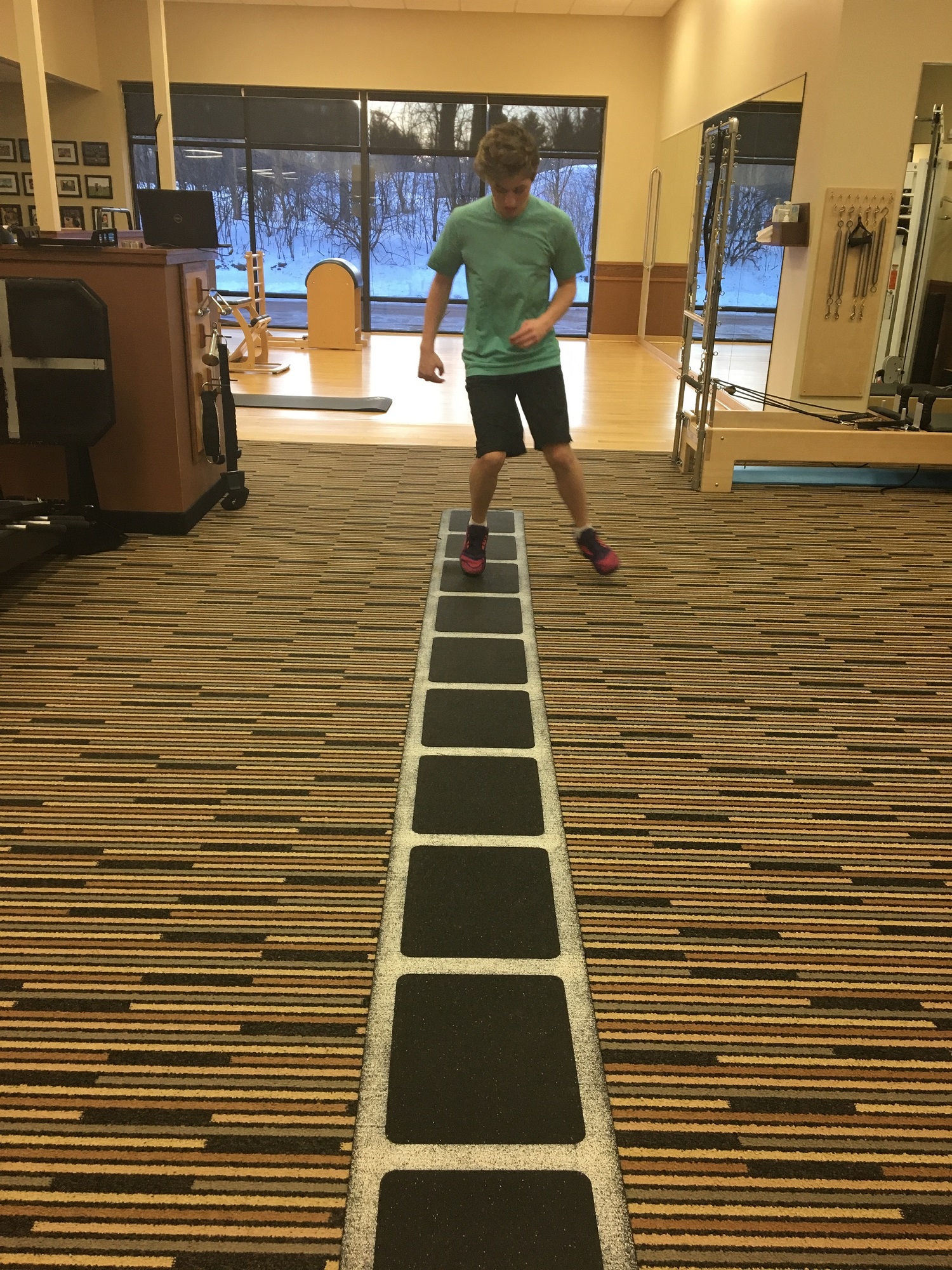 Not all injuries for athletes are due to sports. Some injuries are caused simply by everyday activities. After slipping on some ice during the winter, OSR Physical Therapy patient Morgan Payne (pictured above) had to go through surgery and rehabilitation for an ankle injury.

Athletes are known for their fitness level, athletic abilities, and coordination. Yet, even the best of us can find ourselves injured by a simple misstep in everyday life. Wintertime is especially hazardous for everyone, regardless of fitness level and abilities. Simply walking from your car to the store and hitting a slippery patch of ice can result in a nasty injury and even surgery. Just ask OSR Physical Therapy patient Morgan Payne who had to go through surgery and rehabilitation for an ankle injury caused by slipping on some ice.

The lacrosse player from Southwest Cristian High School is no stranger to pain. However, after falling on some ice in December of 2017, he couldn’t ignore the fact that he had done more to his ankle than simply strain it. In fact, he had a tibia growth plate fracture in his right ankle and would take surgery and two months of recovery before he would be back to normal.

Rebuilding Support After An Ankle Injury

After going through surgery, Payne had to wait three weeks before heading into physical therapy to rebuild his strength in his ankles. Even though he wasn’t in as much pain, his ankle felt weird when he started to put weight on it, he said.

“I was still in some pain, but most of it was gone or caused by using it and building up the strength again,” Payne said. “It felt weird at first. We started with putting more and more pressure on it each time until I could fully walk.”

Once he built up support and muscles around his ankle and could walk, he started running with support on the anti-gravity treadmill.

“I really felt that each time I was still working out even though I was getting supported by the anti-gravity treadmill,” he said. “Although we took it easy when I needed to rebuild strength, my muscles were still working.”

After being able to walk and run with support, they focused on strengthening exercises. After an injury, especially one that ends in surgery, rebuilding strength and support are the priorities during physical therapy.

“It was all about building my ankle back up again and building that support. We needed to get my muscles back to normal, especially before the lacrosse season started,” Payne recounted.

Payne thought he had a relatively fast recovery and owes it to physical therapy, particularly the targeted strengthening exercises. Without targeting the exercises, he thought he would’ve been in therapy for longer. Furthermore, it most likely would’ve taken longer to get back into the groove of training before the season started.

“I was only in therapy for a month, but we got a lot done,” he said. “Lacrosse started at the beginning of spring. Luckily, I was able to get back at it right away when it started. I didn’t have to take any time off from lacrosse, just training for a while.”

“I still wear the ankle support brace and I switched to high ankle support shoes. But, since completing my PT, I haven’t hurt at all,” Payne said confidently. “I continue the exercises they gave me even throughout the lacrosse season because I want to keep my ankles strong and healthy.”

One of the most important aspects of physical therapy is keeping the body strong. Strength helps the body function efficiently and properly. It also helps ensure there’s enough support around such areas as the ankles. Not only does this help the body recover from an injury, but also prevent future injuries and re-injuries.

“The biggest thing physical therapy taught me was that strengthening exercises as well as proper icing is what helps both recovery and injury prevention,” Payne said. Morgan Payne fell on ice, which is not something that’s necessarily preventable. Despite this, he says he feels strong now and is happy to be back at the sport he loves.

Related Content:
How To Adapt Your Training For Winter
Physical Therapy vs. Surgery: Which One For You?
Acute Injury Prevention